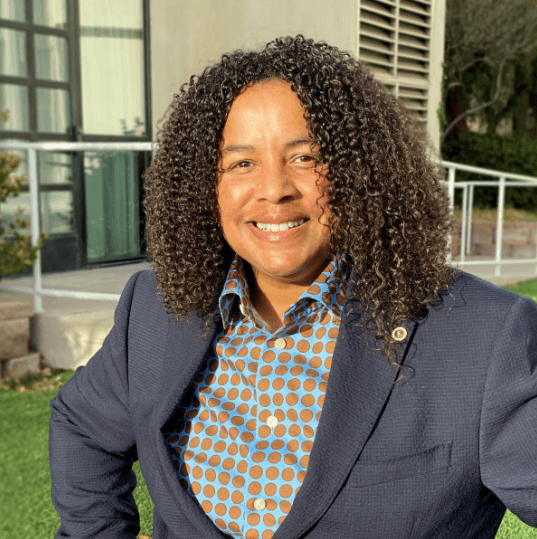 In September, Bay Rising Action’s Executive Director Kimi Lee interviewed Alameda County Office of Education Trustee Angela Normand, who represents the City of Alameda and parts of Oakland including the southern portion of West Oakland, Jack London Square, Chinatown, part of Fruitvale, the Oakland hills south of Redwood Rd., and East Oakland south of Seminary Ave & 66th Ave. She ran on the platform of empowering educators, fighting for smaller class sizes for all schools and reinforcing more in-school support for students such as counselors, nurses, psychologists and wrap-around services. Trustee Normand worked as a teacher for 14 years before running and winning her race on March 3.

Trustee Normand spoke to Bay Rising Action about her campaign motivations, the people power that drove her campaign strategy, her formative priorities moving into her new role, and pandemic-response for schools, educators and students.

Kimi Lee: Thanks so much for talking with me today Angela, and congratulations on your win! So, as someone who’s been a teacher for 14 years, why did you decide to run for office?

Angela Normand: It really goes back to a National Education Association conference that I attended probably six or so years ago. A leader of an organization similar to yours, the Alliance To Reclaim Our Schools, was speaking to us. His name is Keron Blair. As he’s speaking to the educators about all of these changes that are happening in our communities on a county level, he’s looking in the audience and he said, “You all are the best possible people to run. You talk about your issues every day. You stand in front of a group of folks on a daily basis and you speak your truth. Who better to run than you? You want to make a change? It’s easy, run.” And I’d never thought about running for a public office. But recently I asked myself, you know, “What do I have to lose, and what do I have to gain? And not really what do I have to gain, but what do we have to gain? I mean, I’m a teacher. I know what’s happening in education, I know what’s happening in the communities, I know how these schools are being devastated.” So that’s really how it happened.

KL: What were some of the highlights of running this campaign?

AN: Really it was, you know, being able to get in front of folks, speak my truth and then garner that support. We’re talking Oakland, and Oakland keeps it real – so I needed to introduce who I am, what I do, and what I stand for. At the time, we could shake hands, right? So I’m talking about standing at the Alameda ferry and shaking people’s hands as they got off the ferry, and I’m talking about going to the farmers market, and you know, just asking folks to engage with me just for a few moments about issues that are very important. My campaign was pure people power, we didn’t have money, but we had people power. People really wanted to support.

KL: And so on the flipside, what were some of the challenges?

AN: Super challenging was the fact that this was the early March ballot, because it gets dark early. So we were not able to start knocking on doors until after work – which is around 5:00 or 5:30 and it’s already dark by 6:30 – so that was challenging. Also the fact that we were in no way able to match the funding from the billionaires who were in the incumbent’s corner. Our campaign budget was around $30,000, and the opponent’s was around $300,000.

KL: So what lessons did you learn through this process?

AN: The lesson really was that the people hold the power. And it was staying humble, staying open, when talking about your organization. And how important it is to be able to say “I don’t know the answer to that, but please help me understand what is happening.” And being able to do the research, and have the discussions, and ask the questions, and really become educated on all of the issues that are happening within our communities. As you know, you cross the tunnel, or cross the street in some cases, and it’s a completely different struggle, a different focus.

KL: Would you do anything differently if you could go back?

AN: Definitely start earlier. I think December 4th was the last day to file and that’s pretty much when I started it – and with no prior campaign experience!

KL: Yeah but sometimes that’s real, you do it under the pressure of, “Today’s the last day to file!” So what was the most surprising or unexpected thing that came up for you during that period?

AN: Just really how fast-paced and how fast-moving everything is, how all encompassing a campaign like this can be, and really how many folks are involved in a process like this. There are so many rooms of people to get invited to, of people to get to speak to. The endorsement process was really eye opening – how many different groups are working so very hard to make changes in the community.

KL: Is there anything that you think organizations could be doing better to support candidates like you?

AN: I think you all do a great job of what you do, which is helping to support and encourage that people power. Support isn’t limited to a dollar, and in a lot of cases, especially in this campaign, the folks who were out with me on a Saturday morning in the different communities made the difference. Folks who spoke multiple languages were able to help translate when we went to a certain community. People have gifts and services and expertise that they are able to donate so that it isn’t limited to funds. So with such a wide array of folks, really, the people power is what it’s all about.

KL: We’ll keep trying! Can you go into the logistics a little bit and describe building your campaign infrastructure behind the scenes?

AN: It was really about making connection after connection after connection and having someone say, “It doesn’t look like anybody is helping you with this. You’re gonna need that, can I help?” So educators, parents of educators, the parent that goes to almost every city meeting and knows just about everyone and all of the organizations that I needed to ask to be part of the endorsement process. People who had specific skills – like the ability to make a social media campaign page, that’s a skill that I certainly don’t have. One of my best friends, who lives in another county but knows the process, I called her late one night and I said, “You’re going to be my treasurer.” So that’s what it was, just a dedicated group of volunteers who believed in the process and knew that it was important to get a new person in the seat.

KL: And now that we’re under COVID, what do you foresee being some of the biggest issues you face in office?

AN: I foresee equity and of course safety. We want to make sure that students and educators are safe. There shouldn’t be a discrepancy with PPE across different neighborhoods or cities, this all needs to be equal. And I know that there’s so much work going on, literally right this very minute, with different task forces and groups that are meeting to discuss what a safe or appropriate or appealing education looks like in this time. We have to be able to address the issues of equity, and how folks are connecting or are not connecting and why that is or is not the case. And looking at different formats: how are we going to ensure that our classes aren’t overcrowded and, you know, all of these issues which have always been important are now really on the frontline.

KL: And the budget cuts that are coming are going to be massive. We of course need to pass Schools and Communities First, but the fact is that COVID has just devastated all the different budgets – it’s going to be an enormous problem.

AN: It is enormous. Even with Schools and Communities First, we are still looking at a massive deficit. So we have to continuously contact our legislators to ask and beg and plead for this federal stimulus package that has to include education, it has to.

KL: Absolutely. Final question: Do you have advice for other people who would want to run?

AN: Do it! Don’t think twice about it. Just go over to the building, file the paperwork, wake up the next morning and say “What did I do!?” No, but just do it. We all have something to give, and if you’re passionate about making a difference in the community, making a difference for the students, or for whatever office you’re seeking, put yourself out there. You miss 100% of the shots you don’t take.

This interview has been edited for length and clarity.

SF Rising Action Fund Statement on the Passing of Proposition H: “It Doesn’t End Here, Not by a Long Shot.”

SF Rising Action FundJune 8, 2022 We are deeply disappointed by the news that Proposition H has passed and that our democratically elected DA Che…

Yes on Measure B for Fair Elections and a Just Democracy

San Jose
Democracy works best when it reflects all our voices — no matter who we are, what we look like, or what’s in our wallet. San José has the opportu…

San Francisco
Vote NO to keep San Francisco District Attorney Chesa Boudin in office. Chesa was elected by San Franciscans because we wanted a DA who would reimagin…
Pattern Error: href not set.