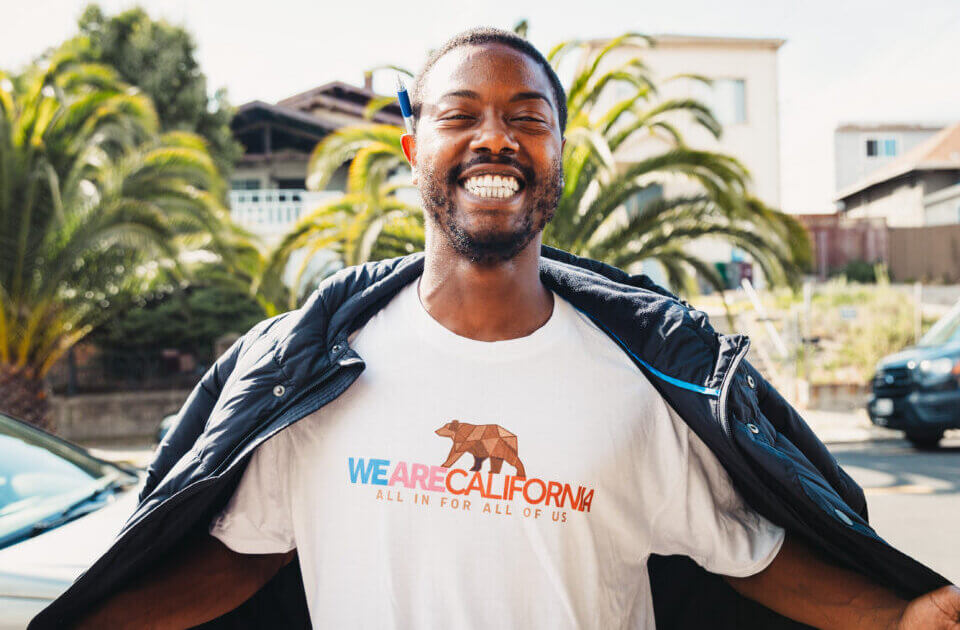 OAKLAND – After holding conversations with nearly 6,000 infrequent and new Oakland voters ahead of this November’s election, Oakland Rising Action is celebrating numerous election wins across Alameda County and Oakland. Their voter guide reached nearly 60,000 Oakland households by mail, and received an additional 6,815 views online. Progressive candidates and ballot measures such as Measure W, which will increase community engagement and transparency in Oakland’s political system, sailed to victory thanks to the hard work of volunteers, organizers, and a broad coalition of supporters.

“We focused on supporting candidates and issues that drive a progressive agenda for working-class residents, immigrants, and communities of color living in the flatlands, and our team worked hard to turn out voters for the November midterm election. While many campaign consultants ignore BIPOC, working-class, immigrant, and formerly incarcerated community members, ORA believes that these are the people who will bring about the systemic change they are fighting for in Oakland and beyond. And that’s exactly what happened. Our base turned out to elect candidates from district attorney to mayor to city council who reject the broken status quo, and to increase participation and transparency in elections by passing Measure W by almost 74%.” – Jon Bean, Deputy Director, Oakland Rising Action

After over a week of tallying votes, several races were recently called. A majority of Alameda County voters affirmed their demand for change to our criminal justice system by electing Pamela Price to become the new district attorney. Price, who is outspoken in her support of alternatives to incarceration, not only makes history as the first African American DA for the county, but also for breaking with the longstanding false narrative that we need more policing to address crime. The people of Alameda County cast their votes for changes like ending mass incarceration, expanding diversion programs, holding police accountable for misconduct, and investing in a broader and more comprehensive safety net – proven solutions to keep our communities safe.

Oakland’s ranked choice voting system provided a more democratic approach to electing the city’s leaders, resulting in the election of the candidates with the broadest support. In the mayoral race, voters rejected putting profit before people by electing Sheng Thao. Thao, who currently serves as the councilmember representing District 4 and holds strong working relationships with fellow progressive councilmembers, is committed to fighting for tenants, small businesses, immigrants and refugees, children and families, and city workers. With termed-out Mayor Libby Schaaf leaving a legacy of a 130% increase in the size of Oakland’s unhoused population, more than half of which is made up of Black residents whose families have lived in Oakland for generations, displacement and housing access is one of Oakland’s most pressing issues. Schaaf chose to push for more unaffordable market-rate and luxury housing development while turning a blind eye to the violent evictions, displacement, and criminalization of unhoused, poor, and working-class residents. Instead of prioritizing funding for jobs, housing, and community services like mental health programs to help communities thrive, Mayor Schaaf continuously reallocated hundreds of millions of city dollars to fund the failed Oakland Police Department’s bloated budget. Thao has the opportunity to reverse the past eight years of neo-liberal leadership by offering real solutions for public safety and the housing crisis that address Oakland’s underlying problems.

With the re-election of Nikki Fortunato Bas to her District 2 city council seat, Oakland voters again affirmed their support of leaders who are committed to reimagining public safety. Oaklanders resoundingly re-elected her with 67.8% of the votes. As council president, Bas fought for a people’s budget in 2021 to divest from policing, which consumes nearly half of Oakland’s general fund, and instead invest the people’s money in the services and programs that will improve the conditions of all of our lives. Despite attacks from opponents claiming that Bas failed to address public safety, voters recognized her numerous accomplishments focused on violence prevention. Bas also authored Measure T, Invest in Our Oakland, which will reduce taxes for small businesses and generate over $20 million annually for Oakland’s general fund. ORA worked to educate and mobilize voters around Measure T which passed by 71.8%.

Oakland voters also resoundingly passed Measure W, the Oakland Fair Elections Act, signaling a desire for a more participatory, responsive, and accountable local democracy. With anti-democratic forces on the march around the nation, Oakland is pushing back.

“For too long, our elections have been funded by wealthy special interests and out of state donors. In recent years, over half of money raised by city council and school board candidates was from people who don’t even live in Oakland. Measure W will empower Oaklanders to have a bigger influence, and ensure candidates are listening to voters rather than special interests.” – liz suk, Executive Director, Oakland Rising Action

These election outcomes are a direct result of Oakland Rising Action’s work over more than a decade to bring working families, immigrants, and people of color into the political process.

Oakland Rising Action (ORA) engages in voter education and GOTV operations that encourage working-class residents, immigrants, and communities of color to think critically about voting for or against issues, policies, and candidates based on the shared dreams of health, happiness, safety, and opportunity for all. As the political home of Oakland’s progressive voice, ORA has built a base of voter supporters who they mobilize at election time and throughout the year. Leading up to the election, ORA’s paid team of outreach workers along with volunteers held conversations with thousands of immigrant, working-class, and BIPOC voters in Oakland’s flatlands. ORA also shares their endorsements with the community through a printed and online voter guide. Its mailed voter guides reach about 60,000 households, with a focus on low-propensity, BIPOC voters.