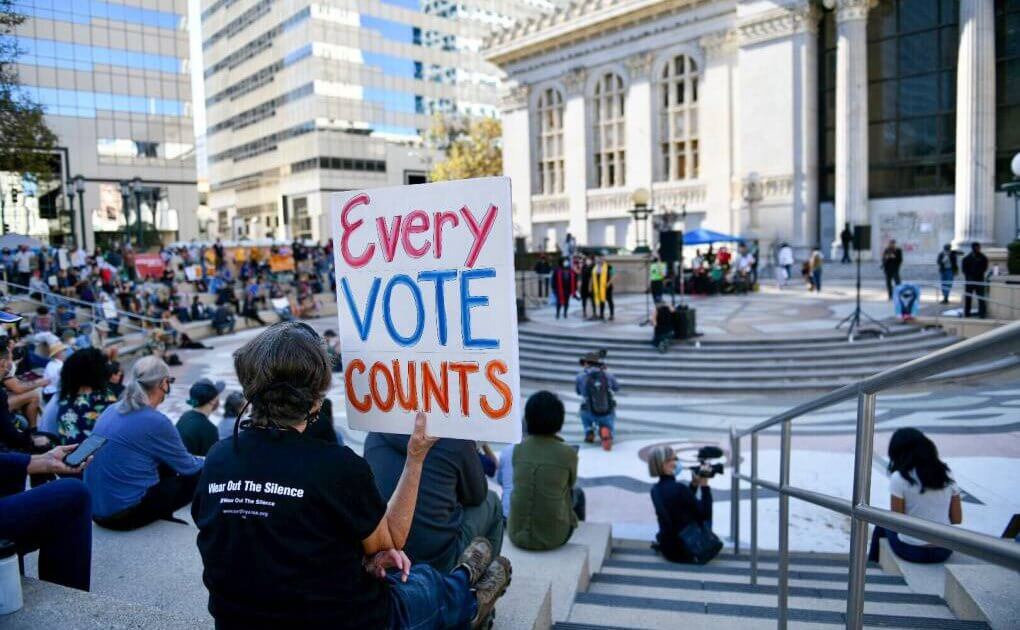 People should decide their own leaders and every vote must be counted.

That was the resounding message at a rally in front of Oakland City Hall Wednesday afternoon, a day after a nail-biter of a presidential election that still remained too close to call.

The event, organized by Bay Resistance, a collective of local progressive activist groups, drew as many as 300 demonstrators alarmed by President Trump’s false claims of victory and his efforts to block remaining mail-in votes from being counted in critical battleground states.

The group said it plans to organize “escalating actions” in the Bay Area and across the country if Trump is defeated by Joe Biden but refuses to concede power, or if bad actors interfere with the remaining vote count.