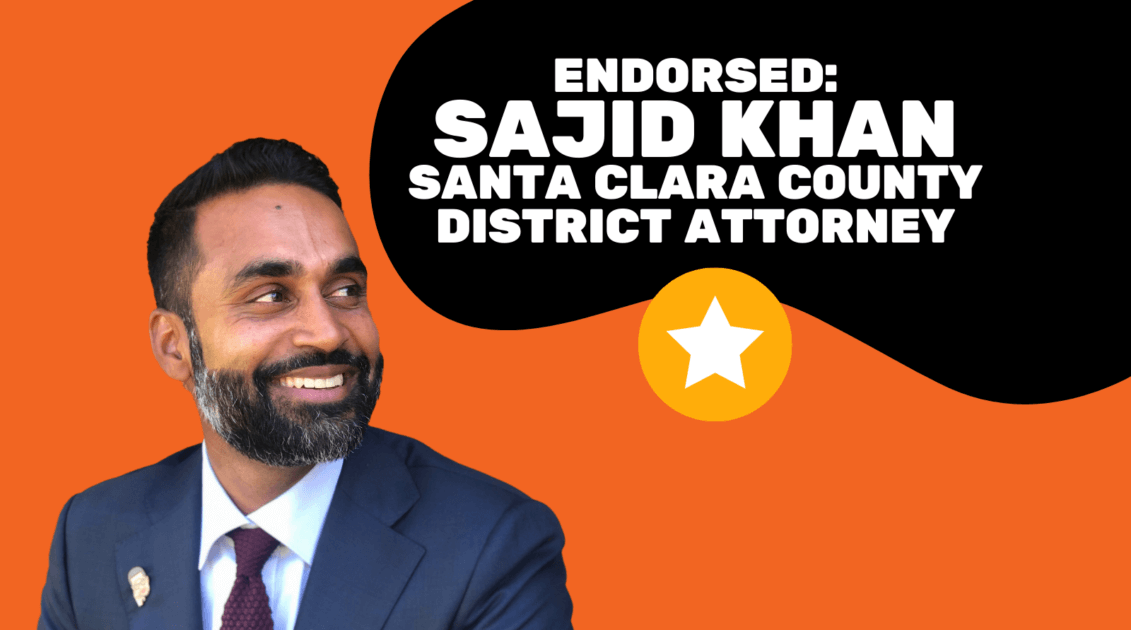 “District attorneys are arguably the most powerful people in the criminal legal system,” said Kimi Lee, executive director of Bay Rising Action. “We’re endorsing Sajid because we want a future where everyone, no matter their race, gender, zip code, or background, feels safe in their own communities. Sajid will do the best job of seeking justice, addressing the root causes of crime, and fighting for the safety and dignity of everyone who lives in Santa Clara County.”

District attorneys in California have tremendous power to impact the lives of millions of people, their families, and entire communities. If someone is accused of committing a crime, it is not the police but the DA who has the sole power to decide if criminal charges are filed and the severity of those charges. They alone decide who is deserving of a jail or prison sentence and who will instead be routed into a diversion program to help rebuild their life, or have charges dismissed.

A grassroots, community-led movement is growing to elect progressive prosecutors like Khan who are working to dismantle policies that harm communities and replace them with policies that heal communities. And in election after election we’ve seen candidates for district attorney run on this platform — and win.

The statewide primary will take place on June 7, 2021. The general election will follow in November.

Bay Rising Action is a grassroots political network that champions strong leaders representing our racial, economic, and environmental justice movements and builds the political power of working-class, immigrant, Black, Latinx, and Asian communities. We unite these communities to create a community-based political infrastructure capable of electing leaders who will achieve the bold solutions we need and stay accountable to us, not corporate lobbyists.