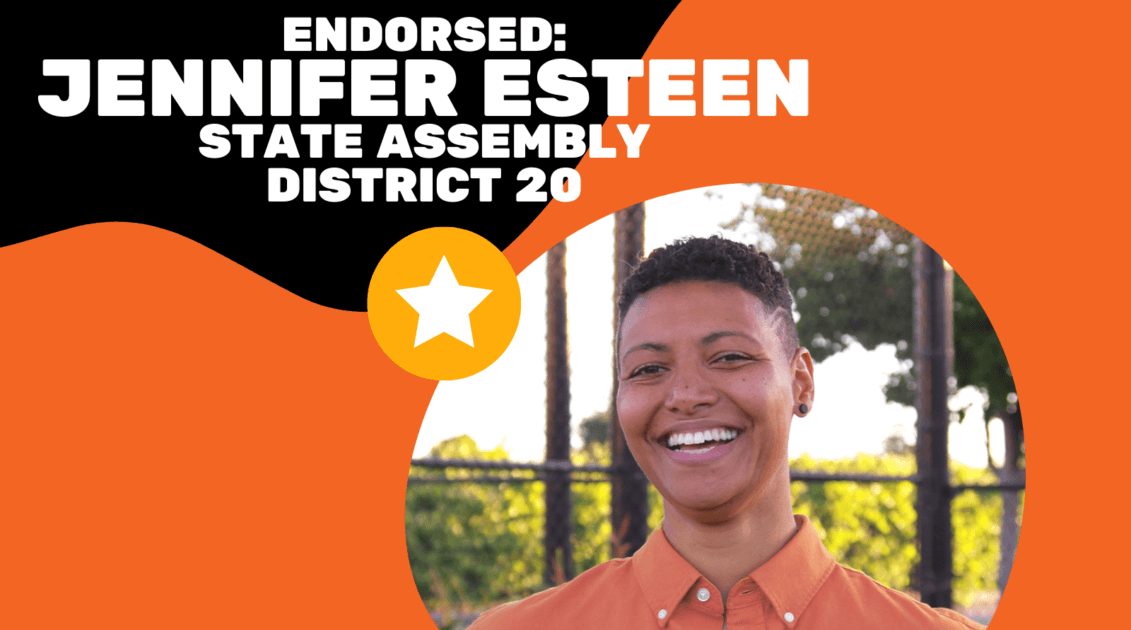 The multi-racial, multi-issue network represents communities of color and working-class communities in Alameda County and beyond, whom conventional election campaigns have ignored.

“Jenn is a strong progressive candidate who will be the bold, community-connected leader we need in Sacramento,” said Kimi Lee, Executive Director, Bay Rising Action. “Her platform shows she has deep values that align with the needs of residents of Assembly District 20, and she has committed to work closely with those everyday residents and grassroots organizations representing working-class communities of color. She has incredible energy and motivation to make change for the Bay Area, and the strategy to match.”

“Bay Rising Action has long been a powerful force, advocating for working people and communities of color. I am beyond proud to receive their endorsement,” said Jennifer Esteen, candidate to represent California’s 20th Assembly District. “I decided to run to represent the people of Assembly District 20 because I am working to fulfill a similar mission. We need leaders and organizations who are willing to take risks and act boldly to achieve the changes our community so desperately need. I look forward to working alongside Bay Rising Action throughout the election and beyond.”

Esteen stands out for her values and service to the Bay Area’s residents, as well as the firsts she’d bring to the table. A former psychiatric nurse in the San Francisco General Hospital Psychiatric Emergency Room, Esteen now works for the Service Employees International Union Local 1021 as the vice president of organizing. Should she be elected, she would be the first openly gay Black assemblymember and first woman since 1998 to represent the area. In order to represent Alameda County fully and fairly, her campaign is rejecting all corporate contributions, including those from the oil and gas industry and real estate developers, as well as contributions from police associations.

The statewide primary will take place on June 7, 2021. The general election will follow in November.

Bay Rising Action is a grassroots political network that champions strong leaders representing our racial, economic, and environmental justice movements and builds the political power of working-class, immigrant, Black, Latinx, and Asian communities. We unite these communities to create a community-based political infrastructure capable of electing leaders who will achieve the bold solutions we need and stay accountable to us, not corporate lobbyists.